I don't care what his technical classification is, but I believe that this line is proof that Obama is the first Gen-X presidential candidate. Too bad there are so few of us.
Posted by LP & Laundry at 12:51 AM No comments:

The RNC Didn't Really Think This Through

Given the party's stance on gay rights, can you imagine the lousy service they're going get in Twin Cities restaurants next week?

Adam and Eve, not Adam and Steve, huh? Adam! Steve! Come over here and spit in this.

I'm kidding of course. I think we all know it wouldn't be Adam and Steve anyway. It would be Adam and Stephen.
Posted by LP & Laundry at 9:54 AM No comments:

Courtesy of the Red, White and...Who? 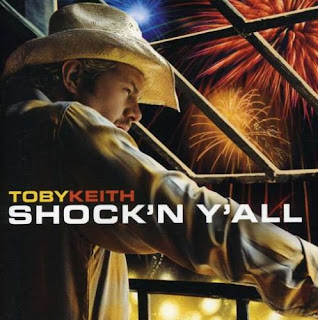 Toby Keith is a pro-Obama Democrat.

The Statue of Liberty is shakin' her head in disbelief.

I now regret the force and venom with which I was slamming this guy to my mom only a few days ago. Shame on me.

On the other hand, that was an incredibly obnoxious song he did.
Posted by LP & Laundry at 2:23 PM 1 comment:

Tweets Are All I've Got Lately

As you can see from the sidebar, I've joined Generation Twitter. I resisted joining up for a while, because it seemed to be too reductive, too illustrative of the constant winnowing down of our collective attention span. However, once I joined up and found just how easy it was, I realize I was 100% correct in that perspective, but that I didn't care. Why kick against the pricks? Let the scales fall where they may, to strap down that particular biblical allusion and flog it within an inch of its life.

Fortunately, the dust appears to be settling. We're down to about 10% of the boxes yet to be unpacked and I just rearranged my office. It's not done yet -- it's never going to be done, but, it's functional enough for me to be able to sit at my desk and bang out some drivel. As a matter of fact, I have some other drivel-for-hire that is wildly overdue even as I type this. To be perfectly honest, I'm just using this space to clean the pipes a little so I can get back to the paid drivel. I hope that doesn't make you feel as cheap and dirty as I do.

Here, go to my friend Michael Dane's blog and read something far more entertaining than this drivel. He's new to blogging, so you can get in on the ground floor. Watch for his Twitter account some time in 2010.
Posted by LP & Laundry at 11:56 AM No comments: