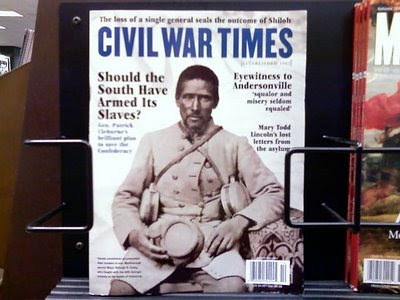 There's a magazine for everything. To look at the cover, it almost appears as though the magazine is written as though it is being published contemporaneously with the actual events of the Civil War, like the film They've Killed President Lincoln. Turns out, no.

Of course, in the South the magazine is known as War Between the States Times.
Posted by LP & Laundry at 12:02 PM